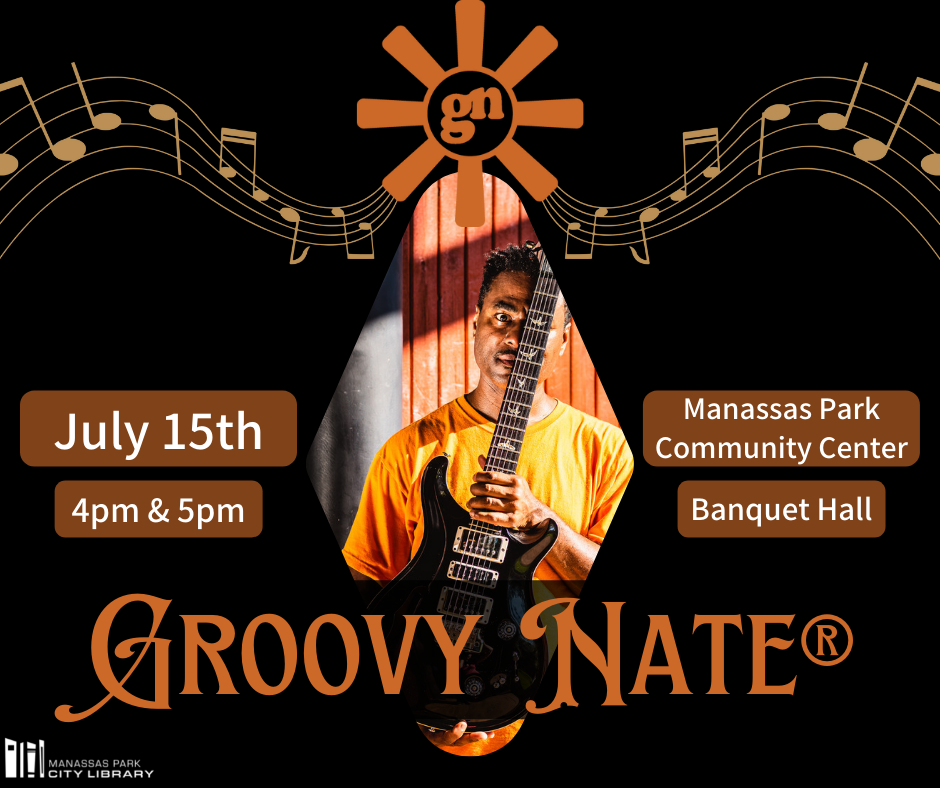 July 15th at 4pm and 5pm
There will be a 15 minute transition time between shows.

Groovy Nate is a Grammy nominated children’s entertainer, and a Wolf Trap/Kennedy Center Teaching Artist, who creates fun and educational shows using exotic musical instruments, comedy, and puppet skits— a la Sesame Street meets Parliament/Funkadelic.
Check out his song, “Respect Everybody” from the Grammy Nominated album All One Tribe here!

Our Blooms Park Location has closed as we prepare to open our new library at Park Central. We will have temporary services and programming at the Manassas Park Community Center through the end of July and will open in our new location on August 16. Be sure to visit us!